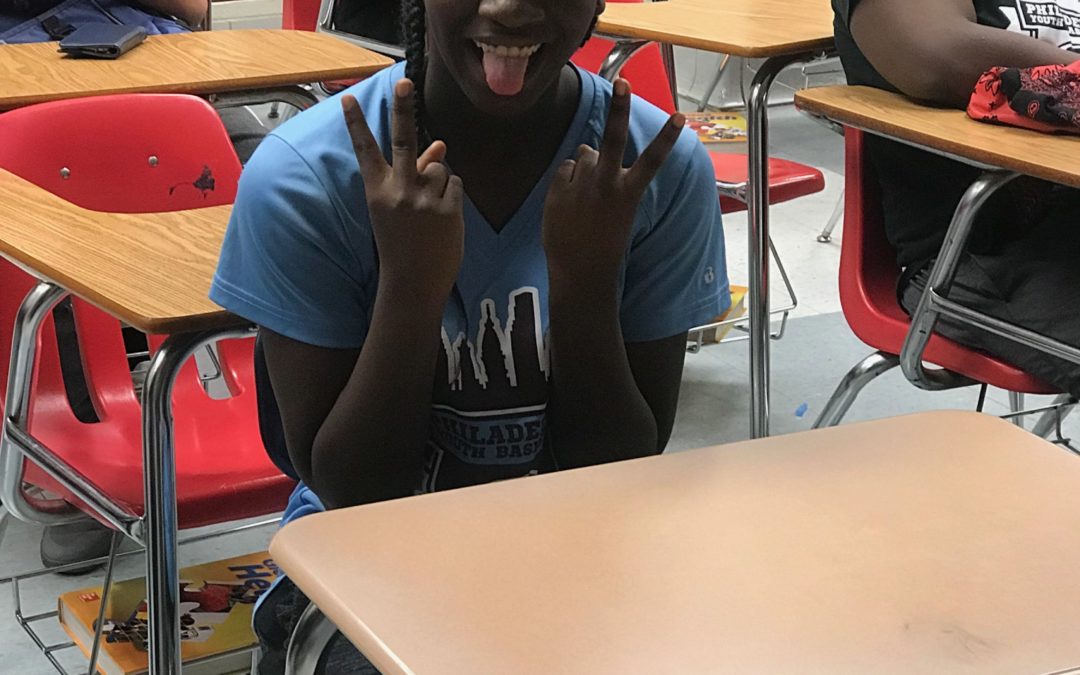 Asia Baker is a current 8th grader at Jay Cooke Elementary School. She has been a PYB student-athlete in the Middle School Partnership Program (MSPP) for three years. Before having the chance to sit down and begin the interview, it was evident that Asia Baker is a leader. Her leadership skills were fully on display once everyone hit the court. “Remaining focused on where each person needs to be and finding the right spots for everyone to succeed,” is a sentiment that Eric Worley uses to describe his natural point guard. When asking Asia, “How does it feel to be in the leadership position of Point Guard?” she just smiles.

“You want to see everyone succeed and have fun. It is one of the things I’ve learned about the game of basketball through PYB.” Asia believes that getting everyone involved, allows for everyone to have a chance to have fun, and develop his or her own skill set. Speaking on her interests, Asia spoke to Science as being her favorite subject. She enjoys Science class and conducting side experiments in her free time. Asia believes that Science is one of the helpful tools to uncovering lost artifacts and learning about the true natures of past societies. One day, she would like to build off this passion for the past and become an archaeologist. “Becoming an archaeologist would allow me to uncover artifacts, learn about different cultures, and ultimately have an excuse to travel to Italy!”

When not in school, Asia is typically with her brothers at home. From being at the house watching NBA games, to going to the gym and working on their shots, she enjoys every moment. She claims that although her older brother, RaRa, has the best shot in the family, she isn’t far behind him! Confident is the word that comes to my mind, over the course of the interview, to describe Asia.

With guidance from her family and closest mentors, Asia is currently in the process of applying to high schools for next August. She was quick to rattle off her acceptance to Philadelphia Military Academy and that she looks forward to deciding between a couple of schools in the coming weeks.

Since Asia’s involvement with PYB, she has shown tremendous growth in leading her classmates on the court and in the classroom. She has been awarded student-athlete of the week and continues to be a role model for the younger students in the program. We are very proud to have Asia Baker as a PYB student-athlete! #IamPYB