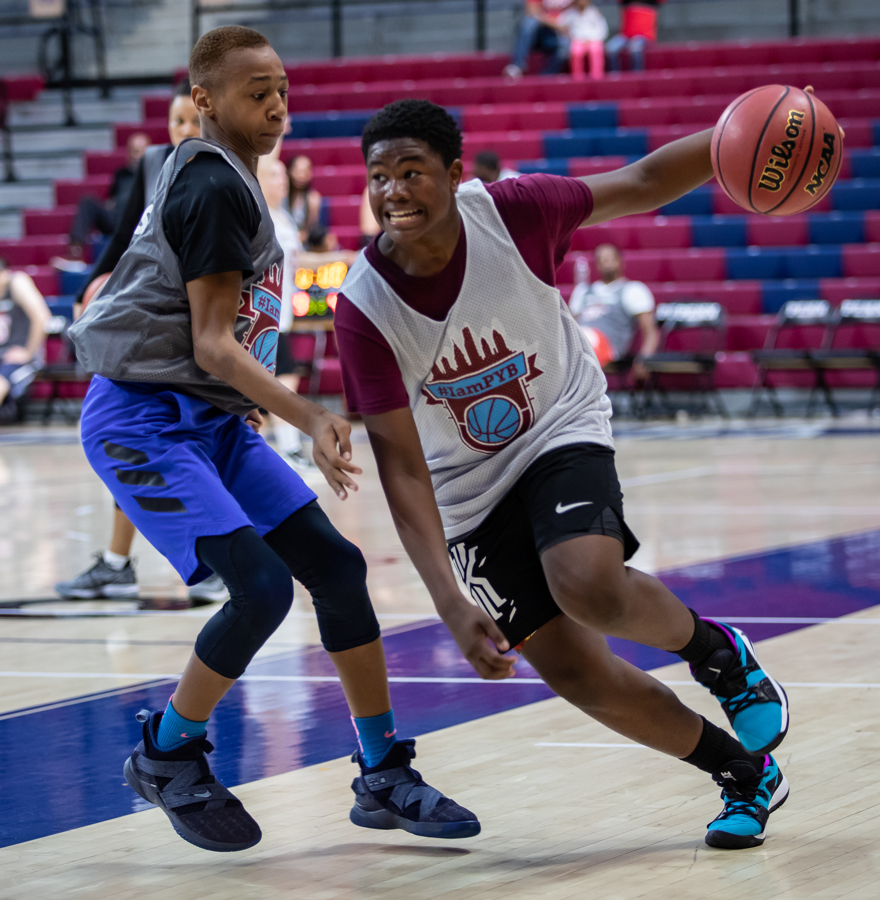 When we first heard about it, the coaches said he could potentially come, and he was going to talk about his newest book. They were going to pick certain students to meet him. Braheem and I were two of the most engaged students, always reading the book during the academic hour of MSPP. Us two, we mess around sometimes, but we’re academically engaged.

It was crazy to see him up close. I can’t believe he came to my school! The craziest part was, he didn’t give us basketball advice. He told us to always respect our parents, finish out school and follow our dreams. Meeting an inspiration like that, made me want to take things seriously. So, that’s what I’m going to do.

What do I remember? There was so much going on at once. Lebron had just passed him in scoring, not even 24 hours before. He was all over the news, so I thought it was fake. It’s weird, because a week before he passed, I was like, “I’ve never taken a picture with someone who has passed.” And then, it’s just him. I was feeling really sad.

Me and Braheem tried to go to the gym right after to honor him in some way, but it wasn’t open. Even the gym decided we needed to take a break and mourn, I guess. I just stayed to myself for a few days until I got called up by Mr. Kenny and Coach Darren to speak on the news and express my feelings about the situation.

I started to feel better, because it’s nice to be able to say how I was feeling andget it off my chest. Every time I think I’m feeling better, I get sad again. I thought I was going to see him again. There was so much left to say.

Kobe’s the man who I always play with on NBA 2K. I have a frame of him right next to my door. I look at that frame every day, me and him last year at the book talk. It was a graduation present for when I finished 8th grade. He’s gone now. I’ll never hear from him again. I’m not gonna see him again.

But I’ll still try to play like him, and I still say “Kobe!” when I shoot.